How To Stop Greenwashing From The Source: Clean Creatives 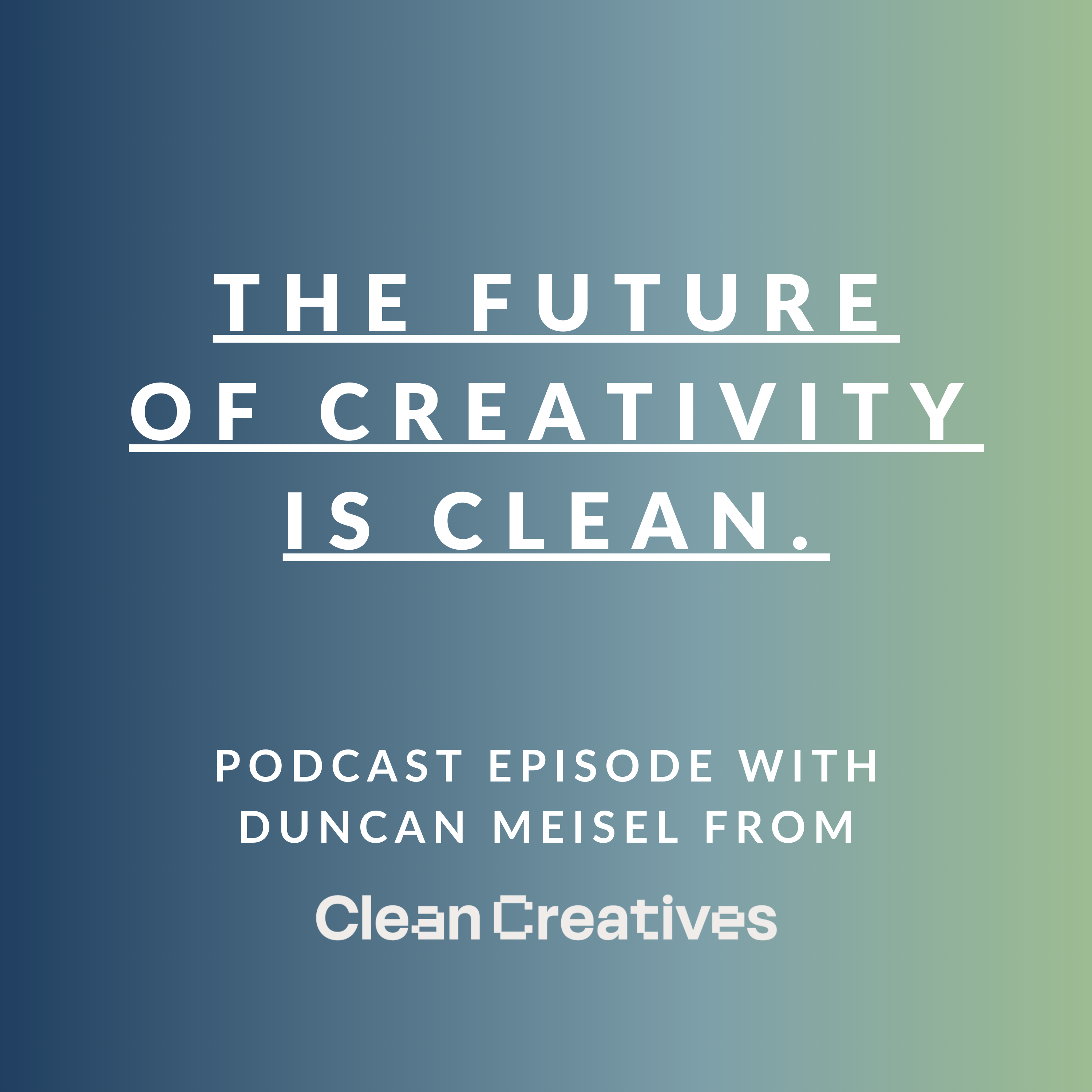 Greenwashing is an extremely harmful marketing ploy, which companies practice to make their products and services appear more environmentally friendly than they actually are. There are many well-funded PR and advertising agencies that are effectively demobilizing the public and making them pay less attention to the climate crisis and the world of fossil fuels by their marketing campaigns. Clean Creatives realizes this issue and believes creativity has a huge impact on the climate crisis.

Podcast episode: How to stop greenwashing from the source with Clean Creatives

Clean Creatives is bringing together leading agencies, their employees, and clients to address the ad and PR industry’s work with fossil fuels. They are holding agencies accountable and bringing awareness to the role creative agencies play in the greenwashing schemes of fossil fuel companies that pose risks to brands that prioritize sustainability. The founder of Clean Creatives and Fossil Free Media, Duncan Meisel, visited Brands Saving the Planet podcast to explain his journey of creating Clean Creatives and vision for the future of creative agencies as we build a more sustainable world.

How to stop greenwashing from the source

Clean Creatives’ focus is on fossil fuels as they believe this is the keystone making the economy so destructive to the climate. The energy sector is known to be responsible for three-quarters of global carbon emissions and according to Duncan Meisel, it makes sense to start with the biggest polluters and stop supporting their business models. If we transform the energy economy first it is easier to then figure out our transportation, then farming, and then whatever comes from there. So much of our economy is still connected to companies that are relying on coal, oil, and gas, which makes is it so hard to have accountability throughout the value chain. The first thing is to start with the companies that do the most damage.

The second thing is to be realistic about how these companies are spending their money. These are all companies that have to disclose what their annual capital expenditures are and roughly what they spend it on. When you look at that, the data is incredibly striking. Most of the money these companies are making is going on coal, oil, and gas expansion. They are still doing it right now, and often their advertisement is about things that are not their actual business. What we can do is that we’re simply not working with these companies unless they do the things science says we need to do. The reality is that we have invented every single piece of technology we need to solve climate change, it’s the question of deploying it and the oil companies are not.

Most organizations have an idea of how their business practices create pollution in one way or another. Companies such as Shell are saying how they aim to be net zero by 2050. However, their way of becoming a net zero company is by offsetting by planting trees and doing things to remove carbon from the atmosphere. The amount of offset that Shell alone needs is greater than the number of offset that exist on the planet Earth. The role that offset play in the conversation about climate change is distracting from the most important activity we can do, which is producing the emissions. Producing the emissions is the gold standard of climate action, the less pollution you put out the less you have to offset. Offsets are very consciously used by most political companies to stir the conversation away from the way their actual business activities are doing harm to our shared future. The crucial thing that needs to happen is that creative organizations must realize that the biggest carbon footprint comes from their clients and the work they do for them. The main product that advertising and creative industries are producing is trust and sales, and these two have a carbon footprint.

Clean creatives’ main accountability mechanism is transparency. It is making these connections obvious and clear for the audience. Creative companies and individuals who know more than anyone else about the value of having a brand reputation, they know that they are interacting with companies who are actually doing real damage, and those relationships are hidden.

“The biggest part of any creative company’s carbon footprint is the work you do for your clients. One campaign for a fossil fuel client can undo all of an agency’s sustainability gains.”

The Clean Creatives pledge is the best way to show you are committed to a future for the creative industry that doesn’t include promoting pollution. Take the pledge here!

Ola Impact is a social impact agency specializing in marketing, branding and digital solutions for purpose-driven companies, nonprofits and foundations. Get in touch to learn more.